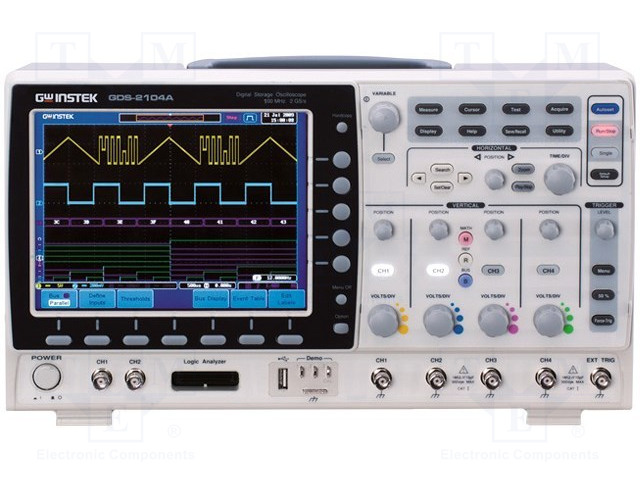 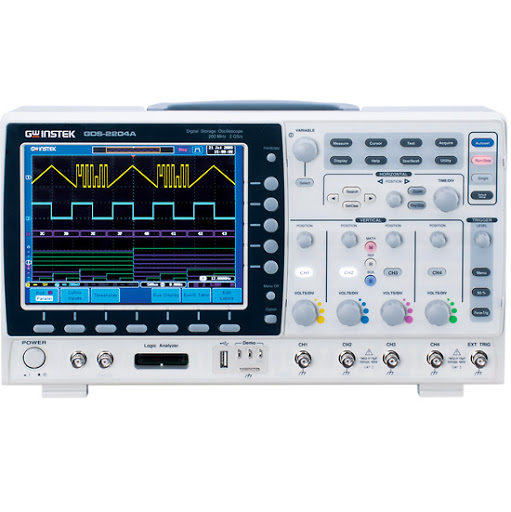 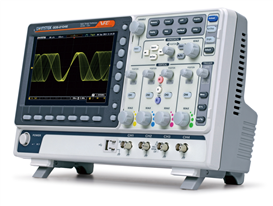 2Mega Point Record Length, Waveform Search and Segmented Memory Functions
The GDS-2000A Series provides 2Mega point record length, and Waveform Search and Segmented Memory functions as standard features. The events of interest can be captured and saved into the Segmented Memory, which can be divided into 2048 sections, for observation, while the irrelevant waveforms can be ignored. Consequently, the overall efficiency of memory usage can be enhanced. Under Waveform Search mode, after the input signal is triggered, the GDS-2000A Series is able to Search and Mark the waveform sections, which comply with user-defined search condition and threshold level within the whole memory. Meanwhile, with Zoom window and Play/Pause button to scroll through whole displayed waveform, the user can rapidly navigate all the waveforms in an efficient way.